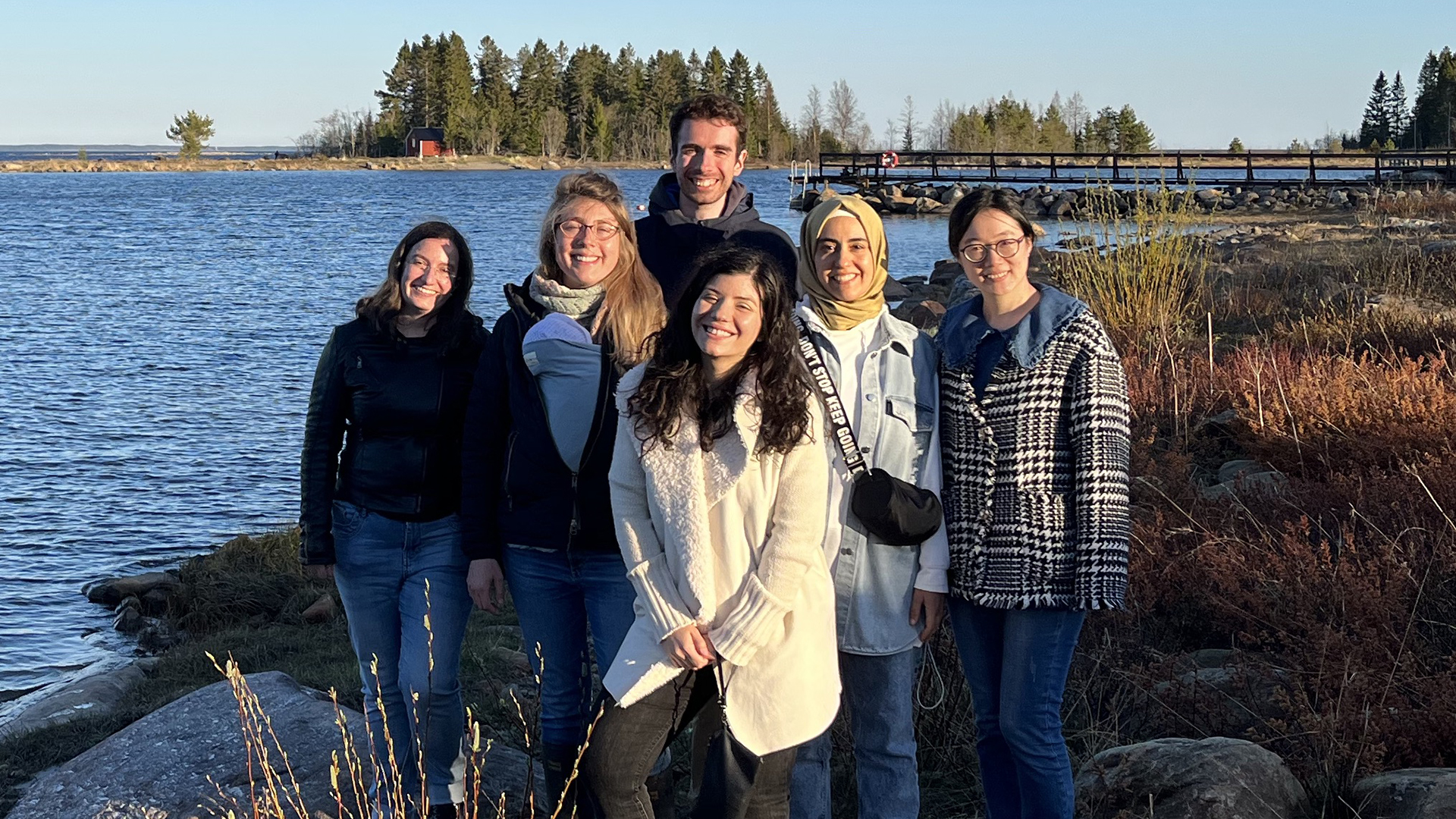 She could have been on Svalbard today, presenting her research and receiving the Early Career Prize from the Scandinavian Plant Physiology Society (SPPS) during the SPPS Congress 2022. Instead, she is taking on a different challenge. Alizée Malnoë, Associate Professor at Umeå University and group leader at UPSC, is currently on maternity leave and raising a baby. Read more about her research, why she became a group leader and joined UPSC in the interview below!

You were supposed to personally receive the SPPS Early Career Prize today on Svalbard during the SPPS Congress 2022. Do you regret that you could not go there and join the conference this week?

Alizée Malnoë: No, I do not regret it! I have attended and presented at many conferences since I started my PhD in 2007, and I am in the process of a challenging time-course experiment: breastfeeding a 4-month-old baby!

The SPPS Early Career Prize is - according to the SPPS homepage - given to “young, highly talented scientist, who has shown good progress and made significant, independent contributions to plant biology”. How does it feel to be awarded?

Alizée Malnoë: It feels really nice. I am grateful to have been nominated and awarded this prize by my colleagues since hard work does not always pay off! I am also very thankful to my mentors, collaborators and past and current group members.

You are awarded for your work on photoprotection in plants. What fascinates you about this topic?

Alizée Malnoë: I am fascinated by plants who can just stand there in the bright sun and not get sunburnt. It is amazing that they have evolved both the capacity to use the energy from sunlight for photosynthesis and the ability to dissipate the excess energy that would otherwise be harmful. A good example of the Swedish philosophy “lagom”: not too little, not too much light.

Did you always want to become a scientist?

Alizée Malnoë: I liked biology from childhood and had a kids laboratory kit! But I had no idea that I would pursue a PhD because I had thought it would be way too difficult.

Do you remember a key moment that influenced your decision to go on in academia and start your own group?

Alizée Malnoë: While mentoring students during my postdoctoral training, and sharing the fun of doing science, they told me “You’d be a great PI” which was a big confidence booster!

Why did you choose UPSC to start up your group?

Alizée Malnoë: Joining UPSC solved my family’s so-called “two-body problem” by giving work opportunities for both me and my husband, who himself is a plant scientist. With an ongoing tradition of photosynthesis research and possibilities for collaboration, plus the overall strong scientific environment of UPSC and its balanced and kind work-culture, it was an easy decision.

The SPPS prize is a monetary award. Do you have already an idea what you will do with it?

Alizée Malnoë: I will celebrate with my group and we will go eat something very nice.

Alizée Malnoë started her research group at UPSC in January 2018 after a Postdoc in Krishna K. Niyogi’s group at the University of California, Berkeley. She and her group study the molecular mechanisms that plants use to prevent damage by excess sunlight, a process called photoprotection. The SPPS Early Career Prize is acknowledging her (and her co-workers) research achievements in this field. It is given to young, talented scientists, who independently made important contributions to plant biology and who received their PhD less than 10 years before the SPPS Congress.

More information about the SPPS Prizes