Aspens are passive savers in times of plenty 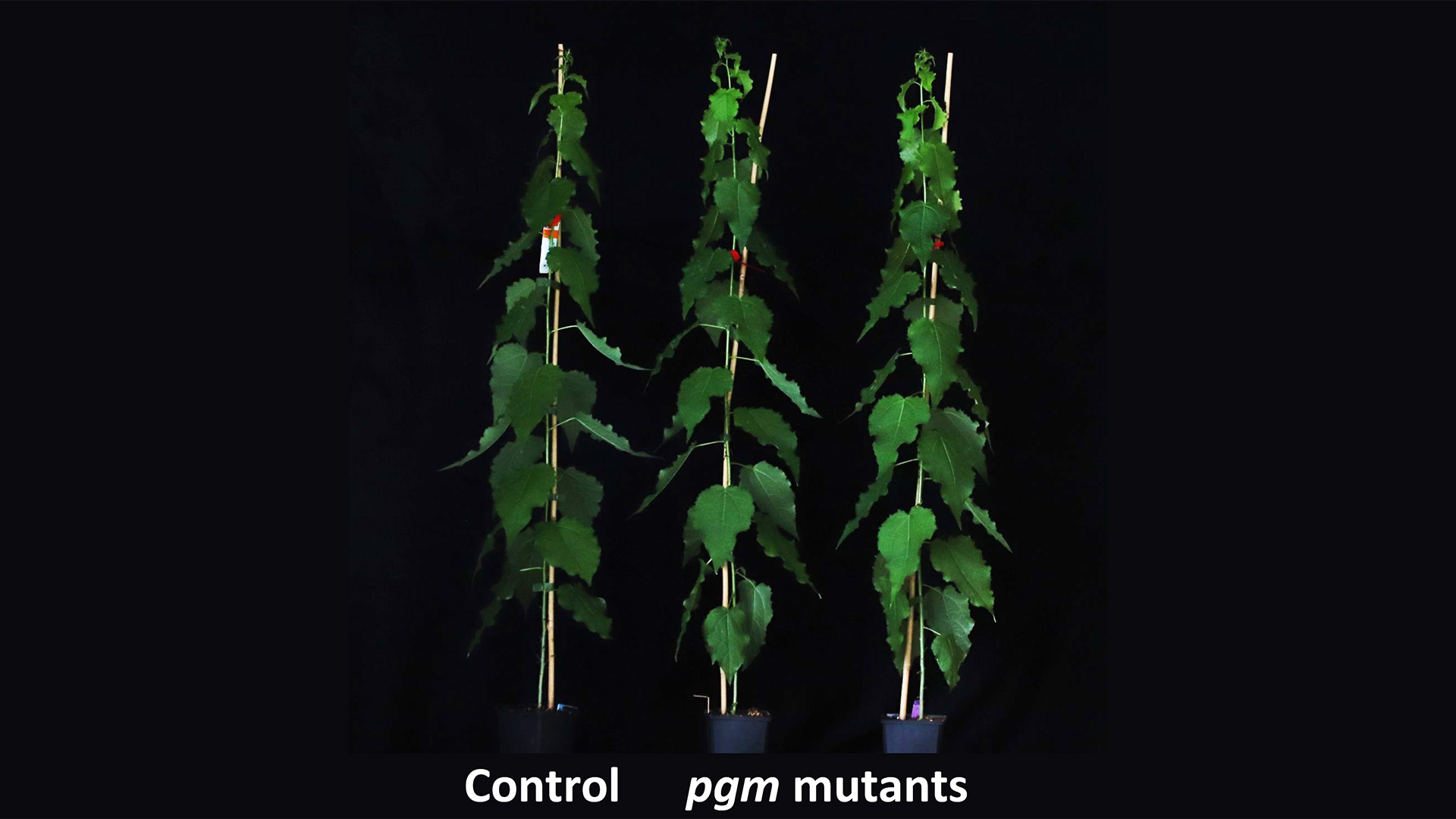 Aspen trees are not relying on their starch reserves when grown under benign conditions. This is shown in a new study with modified aspen defective in starch synthesis. The starch-lacking trees were also absorbing less carbon dioxide compared to non-modified trees, but their growth and performance was not affected. The study done by Totte Niittylä’s group from Umeå Plant Science Centre and SLU was published today in Current Biology.

About one third of the annual human-made carbon emissions are removed from the atmosphere by terrestrial photosynthesis and trees play a crucial role in this process. Like all plants, trees invest the carbon-containing sugars produced during photosynthesis either directly into growth, or they save them for future use - mainly in the form of starch. Increased atmospheric carbon dioxide levels stimulate photosynthesis, but its effect on trees is uncertain. How is the carbon used in trees? Totte Niittylä and his group set out to tackle this question from the opposite direction, by disrupting starch synthesis.

“We used the CRISPR-Cas9 technology, the genetic scissor, to introduce mutations in two genes that are essential for starch synthesis in aspen,” explains Wei Wang, postdoc in Totte Niittylä’s group and the first author of the study. “The modified trees contained no starch and assimilated up to 30 percent less carbon dioxide, but the growth and biomass production were not impacted – at least under the benign conditions that the trees experienced in the greenhouse.”

The researchers used different light conditions such as shorter days or low light levels to see how the modified trees deal with a shortage of carbon supply resulting from reduced photosynthesis. However, the modified trees did not show any sign of performance loss when compared to non-modified trees. The researchers concluded that aspen trees passively save carbon in the form of starch, contrasting the annual model plant Arabidopsis that depends on its starch reserves for normal growth.

Seasonal growth of aspen trees does not depend on starch reserves

To test if the perennial growth style of aspen trees requires starch reserves, the researchers simulated seasonal growing conditions in the greenhouse. Previous publications have indicated that starch is important for bud flush in the spring when photosynthesis is limiting. Surprisingly, the starch-lacking aspen trees set and flushed their buds in the same way and at the same time as non-modified trees.

“It was striking for us to see that aspen trees cope so well with the lack of starch and do not need it for the seasonal growth-dormancy cycle,” states Totte Niittylä, senior lecturer at SLU and group leader at Umeå Plant Science Centre. “The results also suggest that the needs of the growing tissues largely determine how much carbon dioxide is assimilated by the trees. This is important knowledge when estimating the capacity of trees to take up carbon dioxide from the atmosphere.”

Link to the article in Current Biology