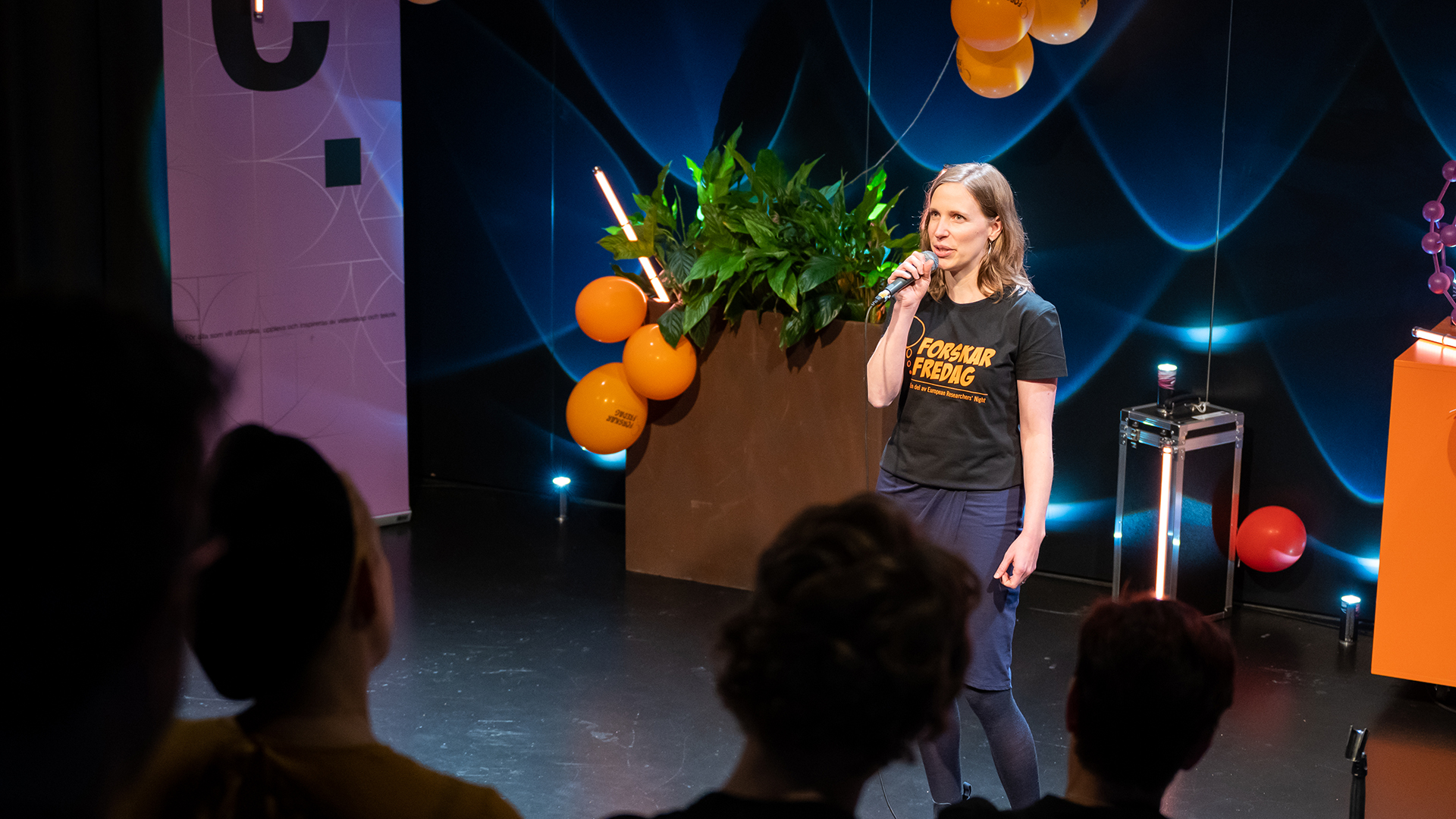 How funny can science be? Judith Lundberg-Felten and four other scientists showed their comedy skills in the first science-themed stand-up comedy show in Umeå and entertained the audience with stories from their life as a researcher. The event was arranged, as part of the Researchers Night at Curiosum, Umeå’s science centre, and took place on the last Saturday in September.

Can the relationship between tree roots and fungi teach you how to date online? What do design anthropologists learn from being followed by a masked man? Can you explain the evolution of complexity with your family’s history? What can you learn from guerrilla gardening about “transdisciplinary” design, and can snails help you to cope with stress? Using daily life stories, the five scientists comically explained their research in eight minutes and made the audience laugh.

“It was a lot of fun and exciting to be part of Researchers’ Friday Stand up," says Judith Lundberg-Felten, group leader at UPSC. "It is a new way to talk about my research and rewarding to experience how positively the event was received by the audience. Such events are an excellent opportunity for me as a researcher to continue building a trustful relationship with society."

"We attracted especially young adults to this event, a group that we have previously not reached with other outreach formats," continues she. "I want to encourage also other people working in science, irrespective of position or age, to participate in such events. It’s an inspiring experience for the presenter and a fantastic way to keep fostering our interaction with people that may eventually become the decision-makers of tomorrow.”

The overall goal of the Researchers’ Night is to bring research closer to the public and show that researchers are just ordinary people even though their jobs might be extraordinary. The concept for the stand-up comedy derived from the comedy club Bright Club from St Andrews University in Scotland. The organizers from Curiosum worked close together with the people from Bright Club and offered an online workshop on comedy stand-up to the researchers followed by repeated rehearsals. The show on the 25th of September was moderated by comedian Monica Lindgren.

The full Stand-up comedy show was recorded, and you can still watch it on YouTube:

More about the Stand-up comedy event at Curiosum and interviews with all five participants:

More about the Researchers Night: