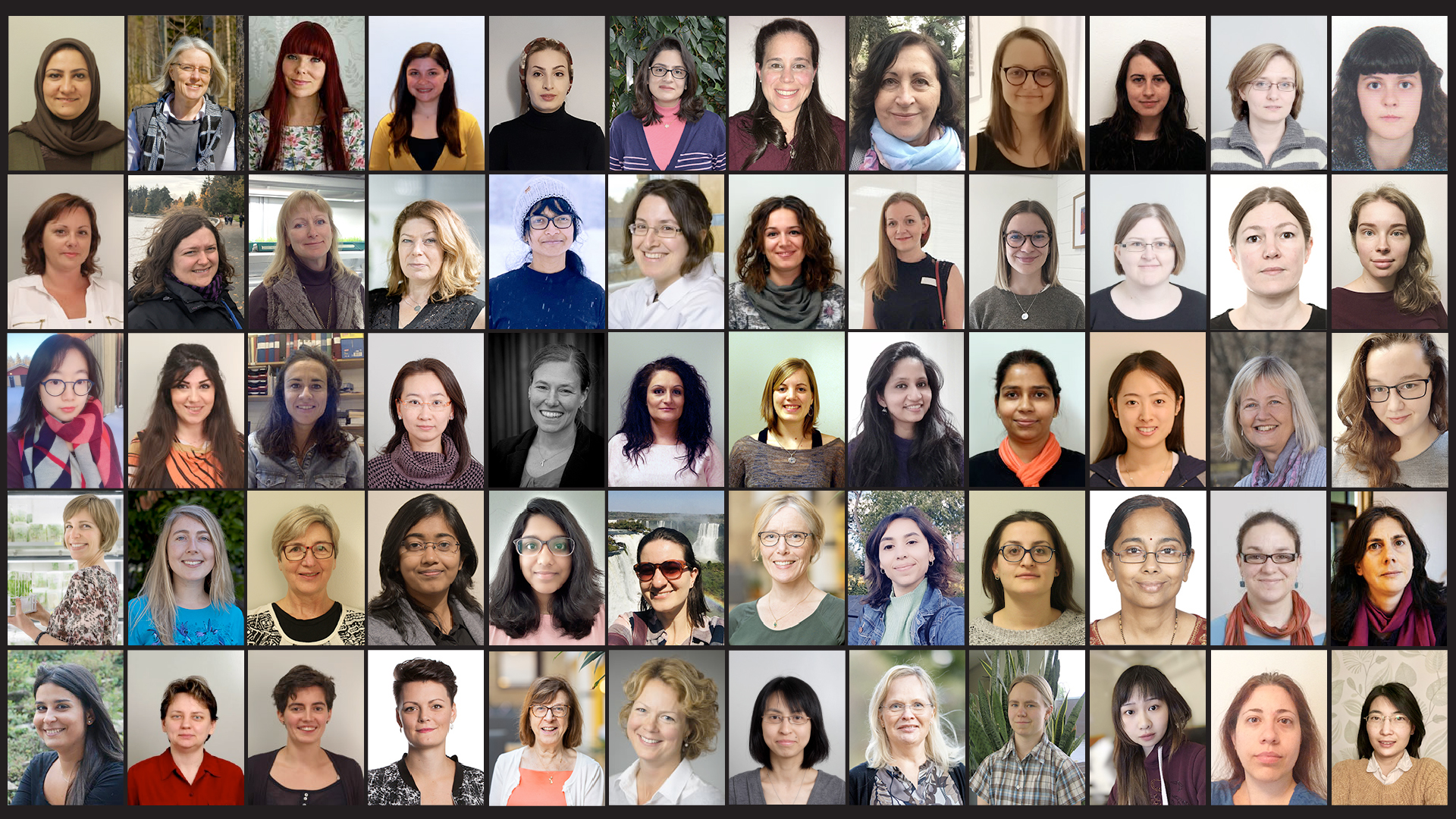 Several of the female scientists that are currently working at UPSC

[2021-02-11] Today is the International Day for Women and Girls in Science. We have asked three female professors at UPSC who are at different states in their career about their way to science, their career and their ideas to inspire the next generation of women in science.

Why did you choose to become a scientist?

Anita Sellstedt: It is my basic curiosity for natural science that has been and is still my driving force. That has led me into basic science. In addition, I have always been interested in research that could be of benefit for developing countries. This research has now turned out to also be sustainable, such as nitrogen fixation and hydrogen production by the aid of bacteria.

Åsa Strand: I was always very curious and creative, and I also wanted to do my own thing. A scientific career suited my personality.

Stéphanie Robert: To be a scientist was just obvious for me. I was also very curious and was fascinated by what science can do in our everyday life.

Do you remember a key moment that influenced your decision to go into science?

Stéphanie Robert: In my childhood, my grandmother had a very cutting-edge heart operation, and I remember being on the hospital parking lot and thinking that I wanted to participate in the scientific progress that led the surgeons to perform such an operation. I am not working in the medical field today, but we are doing basic research and you never know to which applications your results might lead in the future.

Anita Sellstedt: The key moment for me came when I had taken my last course in plant physiology and I was able to do a project on nitrogen fixation. Then I felt that “This is my research field”. The interaction between plants and bacteria, a combination of plant physiology and microbiology, was fascinating me throughout my career.

What were the biggest obstacles you had to overcome during your career?

Stéphanie Robert: At the beginning of my work as a group leader, I struggled because I was trained as a scientist by being in the lab as a PhD and post-doc fellow but not to lead and mentor other people. The science was not a problem, but many other things were such as hiring people, understanding how to make a budget, how to write successful grant applications, how to learn to not say “yes to everything”, or dealing with conflicts within the group. I am still learning every day.

Anita Sellstedt: I think that the uncertainty with fundings was the main obstacle for me. When I was a PhD student, I was funded several years by stipends and to be able to continue as a research after my PhD, I had also to apply for funding. Perhaps the new system with Assistant Professor positions that come with some fundings is better. You are evaluated after a couple of years and hopefully get the option to continue your research.

Åsa Strand: Early in my career it was to fight against the ingrained notion that women are not as career driven as men and that we do not have the same wish to excel and are rather happy to be in the background. Now that I am in leadership position this is something that I am very conscious of.

What do you think can we do to inspire the next generation of women in science?

Åsa Strand: If anything good has come out of this horrible pandemic it is that it has become clear how important science is to our society. Being part of that process is rewarding and should appeal to and inspire also the next generation of both men and women.

Anita Sellstedt: I think the best way to inspire the next generation of women in science is to have basic fundings. Next it is of importance to have a mentor system with female scientists that can meet with the newly recruited scientist and discuss both science and other things around work. Perhaps, it also would be good if the female mentor is within a similar field as the newly recruited scientist. I also think that the structure of the Departments at Umeå University of today with representatives of equal opportunities gives a basic structure that will benefit for the underrepresented group, for example women in science.

Stéphanie Robert: Seeing women from many backgrounds doing science their own way is inspiring, I think. The diversity of women in science should be the same than in the real world. The important thing is to find your own way to do science.

What skills do you think should young (female) researchers have or develop when starting their career in science nowadays?

Anita Sellstedt: The skills of most importance are to have real interest in the specific field of science, stubbornness, as well as both moral and financial support, and other female scientists to discuss with.

Åsa Strand: It is important to be smart and build your scientific profile, develop a research profile that is both unique and desirable. Define your own research question that is relevant to your specific field and that can be elevated into a more general context. Express clearly what you want and what your goals are. Accept tasks that you initially feel that you are not quite ready for, take on the challenge and make yourself ready and you will be rewarded by valuable experiences that will get you ahead.

Stéphanie Robert: Self-assessment. The most important to me is to be able to identify what are your strong and weak points. You can build on your strong points and request help on the weakest ones. Nobody knows it all, but it is good to be able to listen to constructive comments and integrate them in your way of doing things. This is valid for any gender.

Stéphanie Robert was recently, in the end of 2020, appointed as professor at the Department of Forest Genetics and Plant Physiology at the Swedish University of Agricultural Sciences recently. She studies how plant cells require their shape and received the Sven and Ebba-Christina Hagberg Prize for her research achievements in 2019.

Anita Sellstedt, since 2002 professor at the Department of Plant Physiology, Umeå University, is studying energy production by microorganism. She has received two prizes for the environmental impact of her research and has been for several years’ equal opportunity representative at the department. Anita Sellstedt will retire in 2021.

Åsa Strand became professor at the Department of Plant Physiology in 2013. Her research focus is on the regulation of cellular energy metabolism. Åsa Strand received in 2019 the Physiologia Plantarum Prize from the Scandinavian Plant Physiology Society (SPPS), she is currently member of the Scientific Council for Natural and Engineering Sciences that is appointed by the Swedish Research Council and she coordinates two large SSF (Swedish Foundation for Strategic Research) project grants.