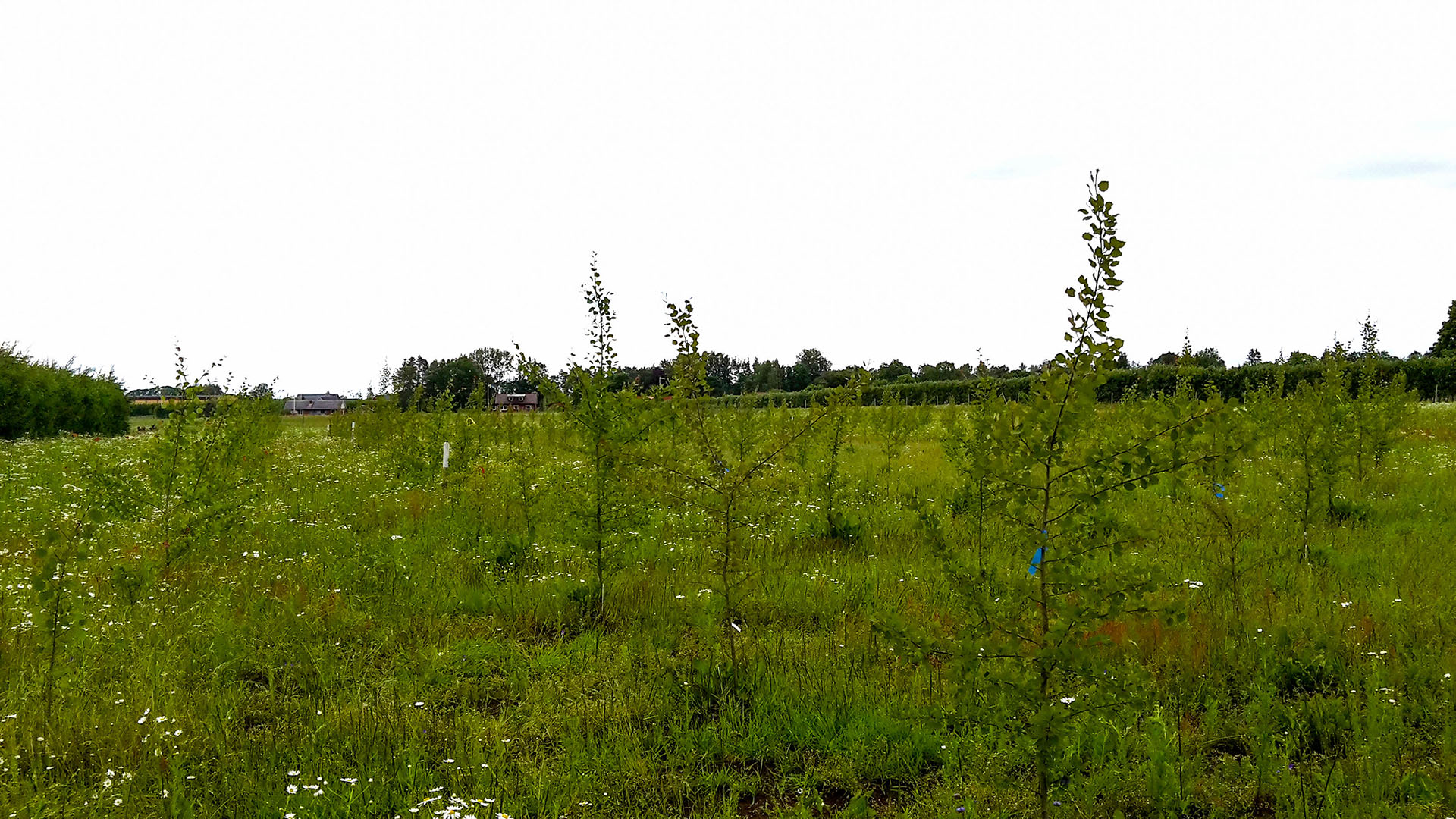 Researchers from the Swedish University of Agricultural Sciences and Umeå University have developed genetically modified hybrid aspen that have a higher energy yield for the production of biofuels. The trees have grown well in greenhouses, and were now tested for the first time under more stressful field conditions. Some of the modified trees were more susceptible to insect infestation but others grew very well also in the field. The results were published in the journal Frontiers in Plant Sciences.

Hybrid aspen, a crossing between European and American aspen, is one of Sweden's most productive tree species which grows better than the usual aspen. Rapidly growing deciduous trees are used as an important resource for energy supply, but some of the properties of woody cell walls limit the possibility to produce biofuels and "green" chemicals from it.

To use the energy stored in the wood, cellulose first needs to be digested by enzymes releasing sugars that are then converted into bioethanol by microorganisms. The problem is that the cell wall component xylan is often extensively acetylated in hardwoods like hybrid aspen making the cellulose of the wood less accessible and thus the bioethanol production less efficient.

Ewa Mellerowicz and her group at the Umeå Plant Science Centre have reduced the acetylation of xylan by modifying hybrid aspen transgenically. The transgenic trees performed well in greenhouse experiments and the cellulose in their wood was easier to digest by enzymes to release more sugars. 18 of these different transgenic hybrid lines have now been evaluated for the first time in field trials, where they are subjected to much greater stress coming from the environment.

“The field trial was performed in agreement with the Swedish and European rules for handling genetically modified plants,” says Ewa Mellerowicz, professor SLU. “The most important outcome of the study was that we could demonstrate that reduction of acetylation, when targeted to wood tissue is a viable strategy to improve hardwood for biorefinery.”

“The trial showed the importance of testing modified aspen trees under field conditions to follow up results from lab and greenhouse experiments. It is urgent to continue and develop the field-testing programs”, points out Ulf Johansson, experimental manager at the Unit for Field-based Forest Research at SLU. Marta Derba-Maceluch, first author of the article and researcher at UPSC adds: “Our study shows that early field testing can be worth more than investing in extensive greenhouse experimentations.”

Especially those trees in which the fungal gene was active in the whole plant suffered much more from insect attacks. These trees were growing slower than the controls and their leaves had an altered amount and composition of phenolic compounds, chemical compounds that are important for plants to defend themselves against insect attacks or other types of stress.

“Our study confirmed that cell wall acetylation may alter both, the composition and concentrations of phenolic compounds in hybrid aspen”, explains Benedicte R. Albrectsen, researcher in chemical ecology and plant defence dynamics at Umeå University. “However, the main finding to me is that reduced cell wall acetylation did not cause any outstanding general differences in growth and resistance to herbivores and pathogens when compared to the untransformed wild type.”

The field site, where the experiment was done, was located in Våxtorp in the south of Sweden. 636 trees were planted there in August 2014. In the coming four years, their growth and the damage by insects, fungi, frost or other environmental stresses was monitored regularly until the harvest in 2018. Currently, researchers from Umeå University, lead by Professor Leif Jönsson, evaluate the harvested samples to see if the cellulose is still easier to digest. The best improved trees will be further tested at a larger scale in a biorefinery in Örnsköldsvik.