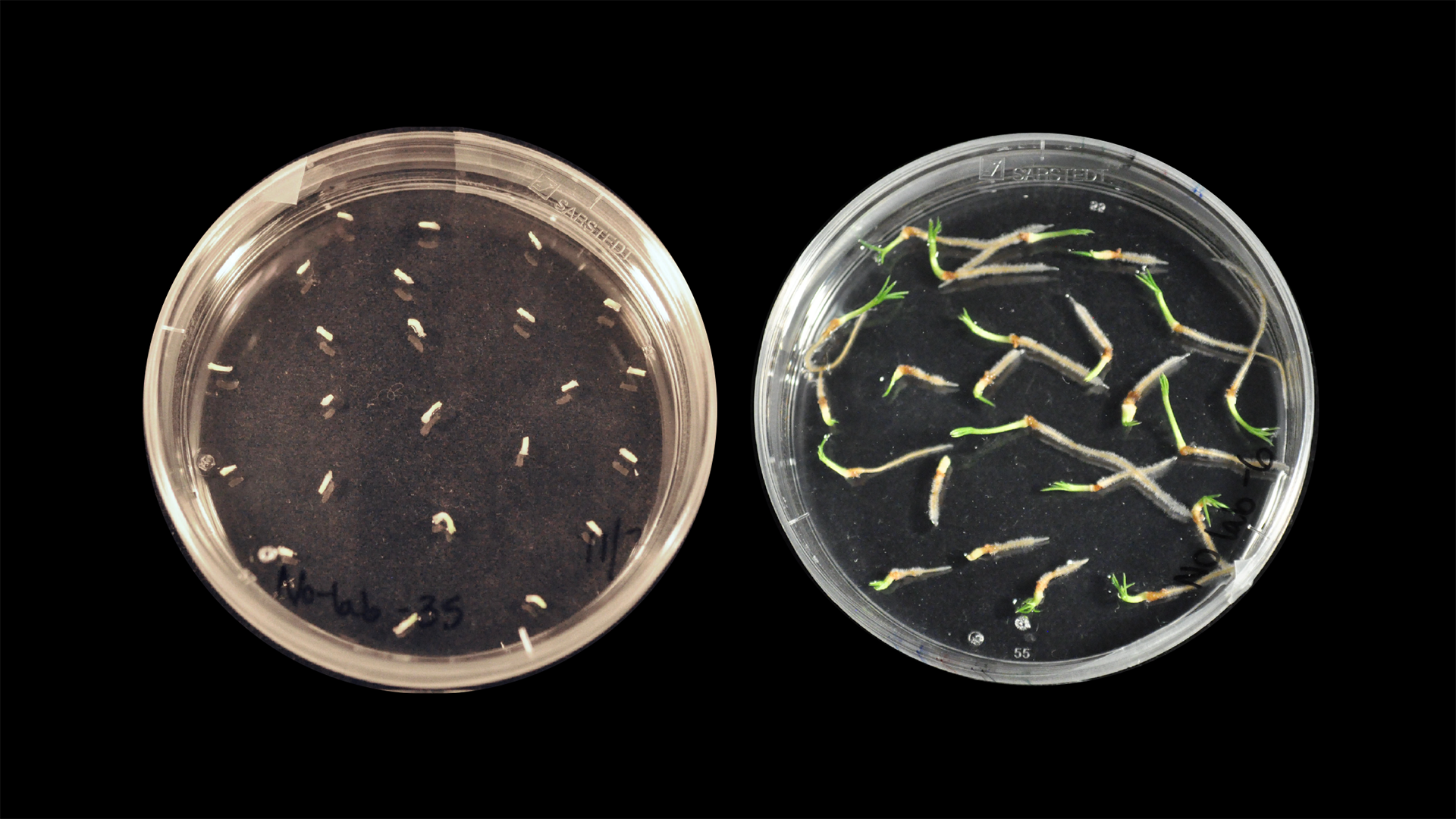 Sweden is currently facing a shortage of Norway spruce seeds. Johanna Carlsson, PhD student at UPSC and at the forest company Sveaskog, worked on a method called somatic embryogenesis that offers an alternative way to produce seedlings. The seedlings are generated from cell tissue instead of from seeds. Johanna Carlsson showed that the amino acid glutamine is very beneficial for the development of those cells into a seedling. Her results bring the method closer to an efficient industrial application. Johanna Carlsson successfully defended her PhD thesis on Friday, the 28th of September at SLU, Umeå.

In the last decade, insects, fungi and other pests caused a reduced production of Norway spruce seeds. This is threatening the seed supply that is needed for the Swedish forest industry. Somatic embryogenesis is one method that could help to cover the demand but it still needs further development before it can be effectively applied for large scale productions. The new findings from Johanna Carlsson are helping to optimize seedling production through somatic embryogenesis.

Johanna Carlsson tested the effect of different nitrogen containing substances on the cell growth during early stages of somatic embryogenesis. Especially glutamine, a nitrogen-rich amino acid, had a very positive effect. The cells were healthier and grew more. “We assume that the addition of glutamine to the growth medium reduces the metabolic stress for the cells during their development”, explains Johanna Carlsson. “If the cells are stressed the risk is high that they die. The addition of glutamine contributes with a source of assimilated carbon and nitrogen, that helps to keep the cells healthy and over-come metabolic stress.”

Seedlings that are generated through somatic embryogenesis go through different stages. First, the pro-embryogenic cells need to become a mature embryo. After the maturation, the embryo germinates and forms a seedling. Under natural conditions, the embryo is formed within a seed. Beside the embryo, the seed contains a package with different nutrients. This package is needed to feed the embryo when it is germinating.

During somatic embryogenesis, the embryo does not have the nutrient package as in the seed. Additional nutrients are supplied via the medium the embryos grow on. Johanna Carlsson’s results now confirmed that the embryo needs those additional nutrients for their germination process. She also tested nutrient compositions in the growth medium and found again that especially glutamine has a very positive effect also during embryo germination.

Title of the thesis: “Nitrogen uptake and assimilation during Norway spruce somatic embryogenesis - investigating the role of glutamine”

Johanna Carlsson’s PhD project was a collaboration between Department of Forest Genetics and Plant Physiology at the Swedish University of Agricultural Science (SLU) and the forest company Sveaskog, specifically the seed and plant division Svenska Skogsplantor.