Gender equality at UPSC - Is UPSC a good working place for female scientists? 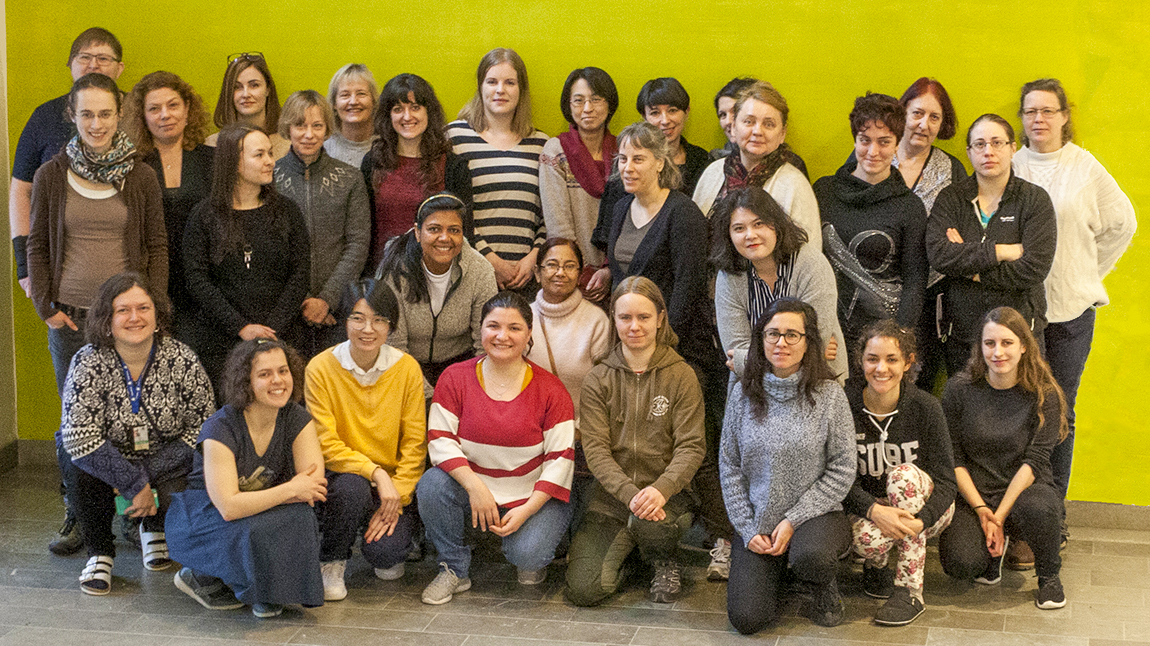 [2020-02-11] Today is the International Day for Women and Girls in Science. Time to reflect on UPSC’s achievements in terms of gender equality. Since 2007, UPSC is working on improving its gender balance among its scientists and has reached now its goal of having 40-60 percent of women throughout the different career stages – from PhD students to full professors.

It all started on initiative of Vinnova and VR who funded a large project, the Berzelii Centre for Forest Biotechnology that continues now as a Vinnova Competence Centre. The funding agencies asked to analyse the gender equality within the centre and which actions were planned to improve the situation. This was when the UPSC management started to think about ways to address a gender imbalance among group leaders. Since then, the percentage of female group leaders at UPSC has increased continuously and is now at 45 percent.

“When we started to analyse the gender balance in 2007, we were pretty much balanced for PhD students, slightly imbalanced for postdocs but at the group leader positions there was a clear bias towards men that got progressively worse as you moved from assistant to associate professors and with just one full professor that was female”, says Ove Nilsson, director of UPSC. “We realized that if we could maintain the balance that we have at the PhD and postdoc level when these people move further on in their career, the imbalance would start to even out.”

That is why the UPSC management started to implement a programme to support specifically newly started group leaders. This was possible due to the funding from Vinnova and VR and the matching funding from the universities. All new group leaders received extra resources to hire e.g. PhD students and postdocs and it ensured that they had six instead of four years of funding for their own positions. The aim was to give them the good conditions to merit themselves and to allow them to establish their group.

“We did not do anything that was specifically targeted towards women”, explains Ove Nilsson. “Just by giving young researchers good starting conditions we managed to level out the gender imbalance among group leaders. The challenge now is to maintain this balance. We continue to support new group leaders with good starting packages but we also hope that now when our environment is more balanced, it becomes more attractive for all genders and like this maintains its balance.”

Special caution is set on the recruitment process. The goal is to prevent any bias but focus on recruiting the best qualified person for the respective position. The UPSC management tries to enforce this all the way from PhD students, to postdocs and group leaders. Of special help for recruiting excellent scientists and especially female scientists is of course Sweden’s family friendliness. “Many foreign scientists are not aware of the support that is offered to families with kids when they come to Sweden but after a while, they appreciate it a lot”, emphasizes Ove Nilsson.