Plant organ growth is not so different from animals than thought 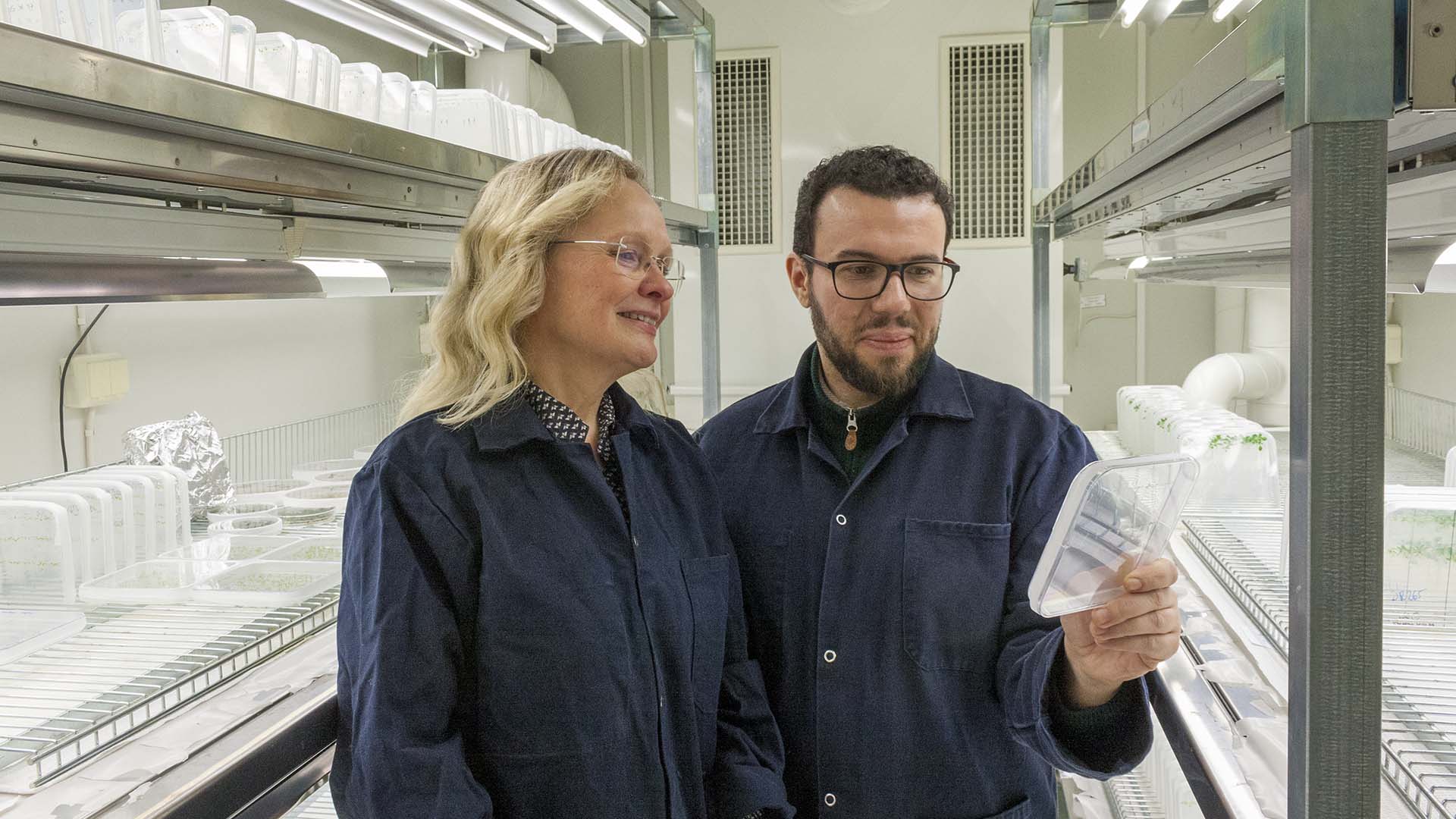 [2020-01-16] For long, it was assumed that cell death occurs mainly during animal organ growth but not in plant organs. A research group led by Hannele Tuominen from UPSC demonstrated now that the death of certain cells in the root facilitated the growth of lateral roots. These new findings hint at organ growth of plants and animals might not be so different as thought. The study was published today in the journal Current Biology.

In contrast to animals, plants are forming new organs like lateral roots continuously. These roots grow out from the main root and help to explore the soil for nutrients and give additional stability to anchor the plant in the soil. Elimination of cells plays an important role in animal development, e.g. for the formation of fingers or toes. The cells between the digits die during development to allow the establishment of the individual digits. Also in plants, developmental cell death occurs but so far it was not clear that it is needed to facilitate the emergence of lateral roots like it is shown now in the recent publication.

The researchers around Hannele Tuominen, until 2019 associate professor at Umeå University and now professor at SLU, and her postdoc Sacha Escamez used different methods to demonstrate that cell death is occurring and enables lateral roots to emerge from the main root in the plant thale cress. “We first found that genes, indicating developmental cell death, were activated in cells that are laying over those cells that form the future lateral roots”, says Hannele Tuominen. “That made us curious and we wanted to analyse this in more detail.”

The researchers used different microscopic techniques to show that those cells were actually dying. Among others, they applied dyes that stain either living cells or dead cells and fluorescent markers that are only visible at certain pH values. Important parts of the plant cells become acidic when the cell dies causing the signal from the marker to disappear.

To make the story even more thorough, the researchers used an additional approach. They analysed a thale cress mutant which is lacking a cell death regulating protein. The growth of lateral roots in this mutant was delayed. The researchers could restore the normal development genetically and also physically by using optical tweezers.

In the genetic approach, they introduced a mammalian gene, known to induce cell death, into the mutant and targeted it to only affect those cell types that they observed to die in the non-mutated plants. The lateral roots of the resulting double mutant grew normal without any delay.

In parallel, the researchers applied optical tweezers to wound cells and like this induce the death of the cell. Optical tweezers use a highly focused laser beam to manipulate microscopically small objects. “This is a very precise optical tool. We can target individual cells and wound them. Three hours after we wounded the cells, they died”, explained Sacha Escamez. “When we applied this method to the mutant whose lateral roots normally grow slower, their lateral roots grew significantly faster.”

Researchers from UPSC, from Umeå University, Israel, Germany and the United Kingdom contributed to the publication. “We started this project several years ago and are very pleased that we could now round it up with help of the expertise of all contributing authors”, pointed Hannele Tuominen out. “However, as it is often in science, this will not be the end of the story but it opens up many new questions for further studies.”