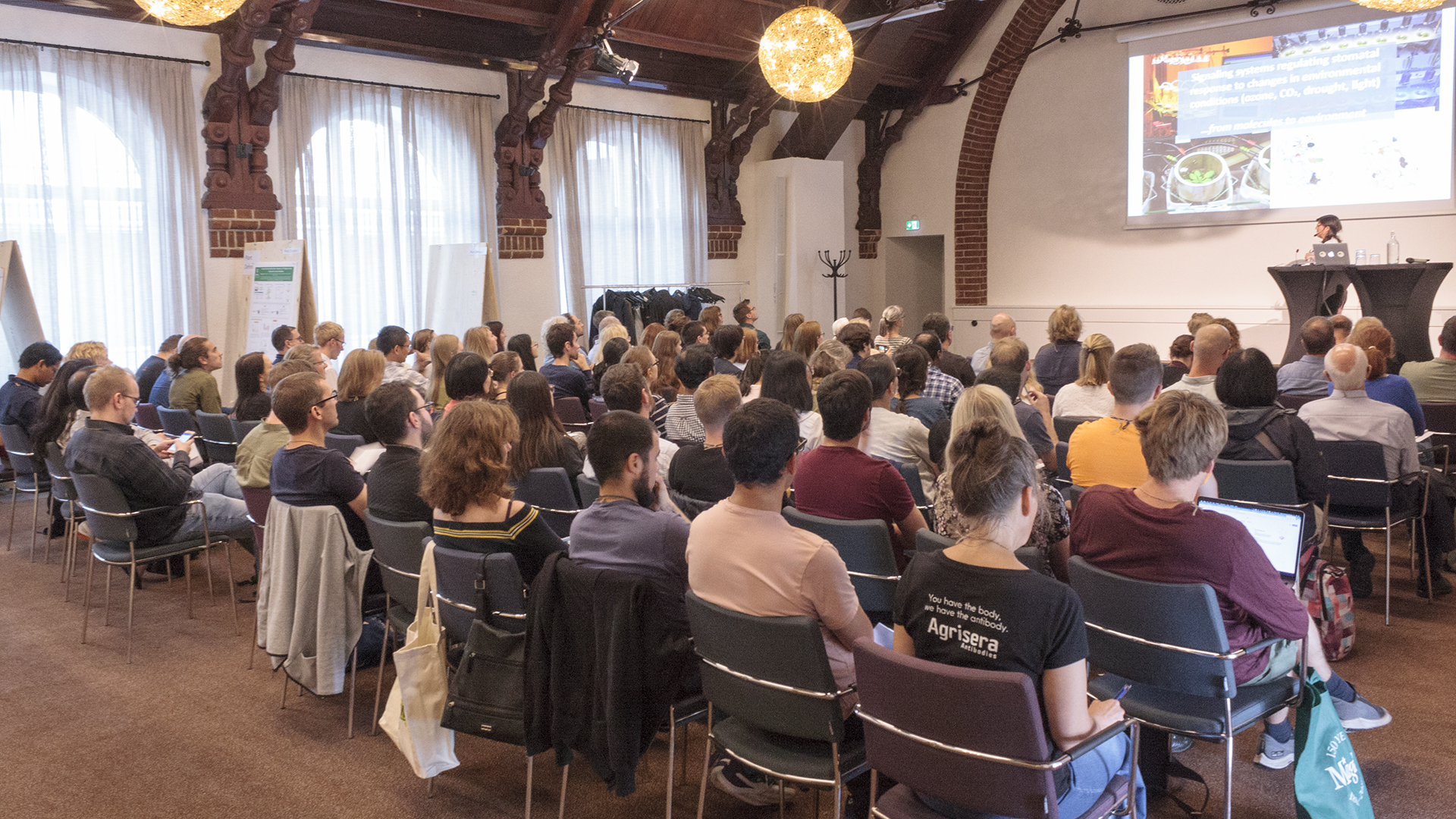 [2019-09-02] Last week, the SPPS (Scandinavian Plant Physiology Society) Congress took place at Elite Hotel Mimer in Umeå. During three days, members of the society discussed actual topics in plant physiology, several prizes were officially handed out and the society held its General Assembly and elected the new SPPS Council. A special highlight during the conference was the technically advanced excursion to the Field Research Site “Rosinedal” that was even mentioned in the local newspaper.

The Scandinavian Plant Physiology Society is organising every second year its main meeting, the SPPS Congress. The focus of this international meeting is on exchanging and discussing knowledge about actual topics within the field of plant physiology. Internationally renowned researchers in the field are invited to present their research in parallel to Scandinavian plant physiologists. During the general assembly of the society, the new council was elected with Christiane Funk, Professor at the Department of Chemistry at Umeå University and associated group leader at UPSC, as new president.

During the congress, SPPS handed out six different prizes to award outstanding achievements of plant scientists, located in one of the Nordic countries. Three of this year’s awardees are affiliated with the UPSC: Karin Ljung was awarded with the SPPS Prize, Åsa Strand with the Physiologia Plantarum Prize and Torgny Näsholm received the SPPS Innovation Prize together with Barbara Halkier from the DynaMo Center at the University of Copenhagen (for more information about the prizes read also here).

In the afternoon of the second day, participants of the congress were visiting the Field Research Site “Rosinedal” that is located in a forest stand east of Vindeln. At this field site, researchers are studying in a long-term experiment the effect of nitrogen on the carbon balance of the forest. During the excursion, participants got an overview about the different studies that are made at “Rosinedal”. Via an QR-code, they could access additional information about the history of the field site and the research highlights. This technically advanced tour even motivated a local newspaper to write about it.