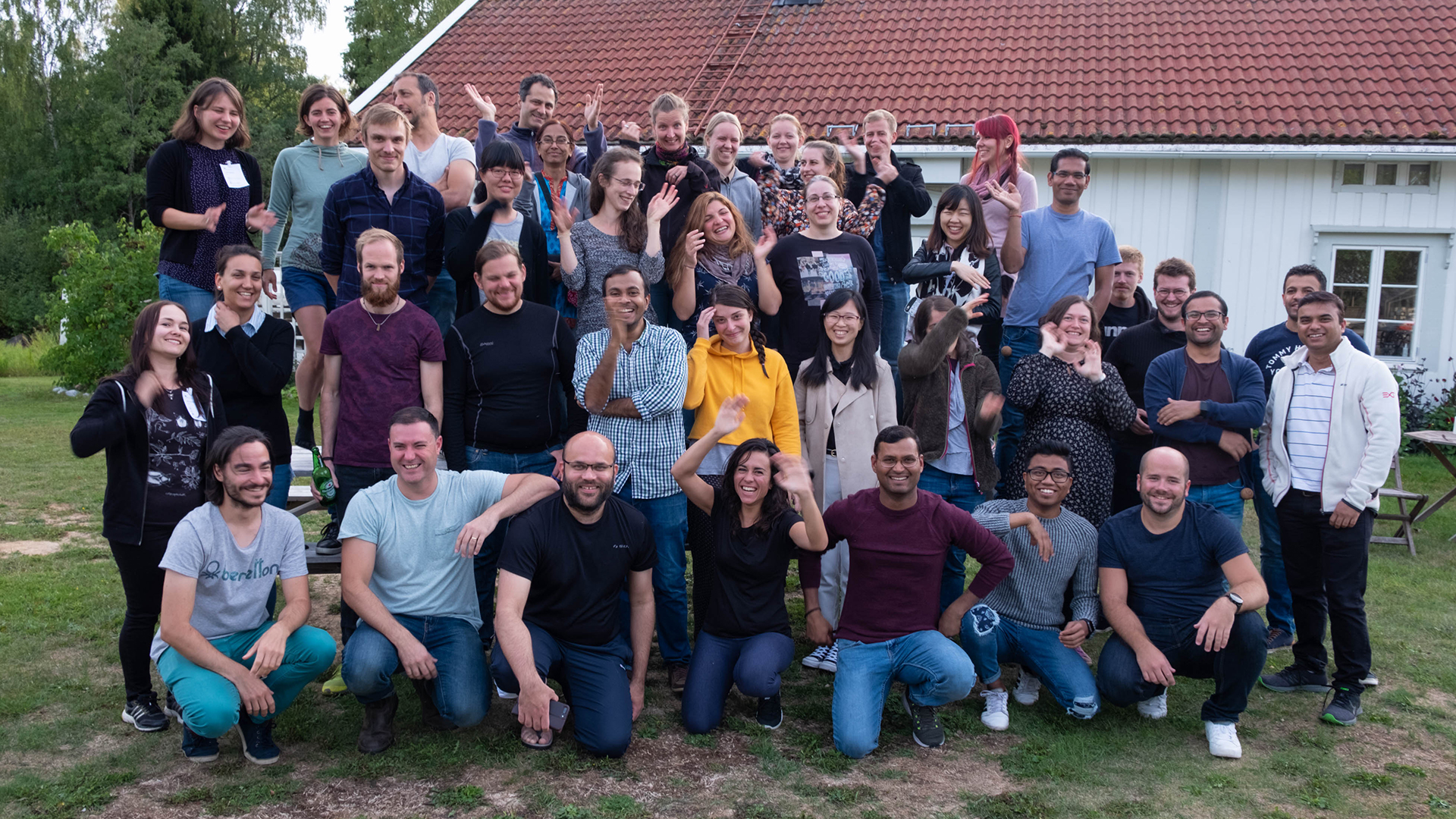 [2018-08-30] Around 40 of the PhD students and Postdocs working at Umeå Plant Science Centre went on their second retreat to Skeppsvik Herrgård last week. The program of the two days was filled with scientific discussions, team building activities and career coaching. This was the second time that the UPSC PhD students and Postdocs organised a retreat. All participants were very satisfied with the event.

This year’s program was split into two parts: a scientific part with project presentations and creative community building exercises and a training session that introduced strategies for personal career development. All sessions were highly appreciated by the participants even though some parts lead to intense controversial discussions.

Thursday started with a social media competition, in which the researchers were asked to share their impressions, thoughts and upcoming discussion points during the retreat using the hash tag #UPSCretreat2018. The post that achieved most attention got about 100 re-tweets and likes. It was posted by Amit Bajhaiya, who was awarded with 2 cinema tickets.

During a “speed geeking” session, the participants had two and a half minutes to talk one-to-one about their project before changing the partner. “We had to select four to six emojis that describe our project best and discuss this during the speed-geeking”, explained one participant. “That turned out to be much more difficult than I expected but everyone came up with very creative interpretations”. Another participant added: “Especially for new-comers this session was really nice because you easily get in contact with the other people and also obtain a general overview of the ongoing research projects at UPSC.”

In the afternoon session of the first day, mixed teams of postdocs and PhD students were competing in games that simulated daily research and lab-situations. Each team was composed of young and experienced researches that could help each other by discussing ideas and opinions from different perspectives.

“We prepared a game named “waste sorting” where the teams were asked to separate liquid waste appropriately”, said one of the organisers. “Many of us were facing the problem that we do not know how to dispose certain liquid waste. With this game, we wanted to address this problem and improve the situation.”

Other games, such as “Plan your project”, “Guess which researcher chose these emojis for her/his project”, “Critical thinking”, encouraged the participants to exchange their opinions on how to structure a project and how to critically review scientific results. “We all know how it is when you arrive new at an institute. You have so many questions but do not know whom to ask”, describes another one of the organisers. “All those community building games help to get to know each other and this makes it easier to ask someone for support.”

The late afternoon of the first day was reserved for various outdoor activities, such as kayaking, swimming and sauna, and the evening for informal discussions about the role of scientific communication and transparency for society.

On the second day Tina Persson, a former senior researcher at Lund University and now career service coordinator, held a workshop about career development for young researchers. She introduced career development strategies, gave advice on how to figure out what kind of academic or non-academic job is suitable for one´s skills and preferences, and showed how to use social media platforms to find suitable positions. The day was concluded by a final discussion reflecting the retreat in preparation of the next retreat in 2020.

The UPSC PhD and Postdoc retreats are organised by the PhD students and Postdocs themselves with the idea to bring colleagues closer together, while improving work related skills at the same time. The first retreat happened in 2016 and got very positive feedback, encouraging it to become a biannual tradition.